Paid search advertising is great, but your audience is inherently limited to people who already know what they want—what about the people who need your business but don’t realize it?

Similar audiences are a twist on the classic AdWords remarketing list.

With remarketing (aka “retargeting”), you use the Google Display Network to display ads to people who have already visited your site.

With similar audiences, you can take things a step farther and target people who behave online like people in your remarketing list. This allows you to get around one of the biggest problems with display advertising: relevancy.

When you set up a normal Display Advertising campaign, you basically have to guess at where to display your ads.

You have some control over where your ads display, so you can tell Google to target specific websites or site categories, but really, you’re just guessing at where the relevant traffic will be.

For this reason, display ads have largely fallen out of favor amongst AdWords advertisers. They certainly have their place and can produce great results with enough TLC, but it can be hard to get them to perform.

The only problem is, display ads are one of the best ways to get in front of a new audience. If you’re not advertising on the Display Network, you could be missing out on a lot of potential business.

It’s a bit of a conundrum, no?

This is why similar audiences are such a great option. You don’t have to guess at which sites or site categories fit your audience. Similar audiences lets you target your ideal audience and Google will send display ads to them everywhere 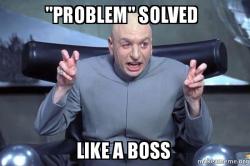 The only question is, do similar audiences actually work?

About a month ago, I decided to try out similar audiences with a client in the insurance industry.

I had been working with this client for quite some time and had their paid search campaigns running pretty smoothly.

To get more out of their paid search campaigns, I had been running remarketing campaigns as well. We had seen some pretty good success with remarketing, so I wanted to see if similar audiences would allow us to use our remarketing audiences to expand our results.

I decided to test this out by advertising to people who were similar to our converting audience.

I already had an audience built for my converting audience (so that I could exclude them from our remarketing ads), so I opened up my client’s AdWords account and targeted a new ad group based on users who were similar to my “All Converters” audience list as follows:

To my surprise, the list grew very large, very quickly.

Almost immediately, we had an audience of almost 2 million people! However, over the next 10-14 days, Google seemed to figure something out and the list dropped down to around 500,000 members.

Once I saw the sort of results this campaign was driving, I pushed a ton of budget towards these ads.

However, even after dropping over a third of our total budget on these ads, I was still losing more than 80% of my potential impressions!

To be honest, I’m still trying to figure out what the upper limit of similar audiences is for this client.

Why This Worked So Well

This client’s offer appeals to a very wide audience. As a result, Google had a very diverse audience to draw data from and an equally broad group of relevant people to display ads to.

We put a big emphasis on tracking all conversions at Disruptive, so Google was able to use converters, not just clicks to create our similar audience.

Not all traffic is created equal—basing our list on converters allowed us to target people with the highest likelihood of clicking and converting.

We’ve been building our “All Converters” audience list for quite some time, so the list had thousands and thousands of members for Google to assess.

This approach may work well for clients with smaller lists, too, but you will need at least 500 people on your list to use similar audiences.

There were probably other factors at work as well, but these 3 elements seem to be obvious contributors to the success of this similar audience campaign.

Setting up a similar audiences ad group takes about 3 minutes (or less), so it’s well worth giving a shot if you’ve been tracking conversions.

Here’s what you need to do:

To walk you through the process, here’s that GIF again:

It’s quick, it’s easy, and it delivers great results. Give it a shot!

If you aren’t using similar audiences already (and most people aren’t), you should consider trying them out.

As good as your AdWords campaigns might be, your advertising may be seriously limited by the number of people who search for your keywords every day.

Similar audiences give you a way to use your paid search audience to discover new potential customers who aren’t even aware that they need your business. That means you can combine paid search and display advertising to really drive value for your company!

By the way, if you’d like me to take a look at your account and help you decide if similar audiences would be a good fit for you, let me know here or in the comments. I’ll even help you set them up!

Craig is a passionate leader who loves what marketing can do for a business. He's also quite an interesting character with passions that span the spectrum. Bow hunting, horses and barns on one end, and ballroom dance on the other. \n\nRelationships and business consulting are his forte. More than a decade with digital marketing agencies, he spent the last six years here at Disruptive. He was here back when everyone in the company could eat lunch at one table. He's been instrumental in Disruptive's development to date and continues to shape the company and the client experience.

Craig is a passionate leader who loves what marketing can do for a business. He's also quite an interesting character with passions that span the spectrum. Bow hunting, horses and barns on one end, and ballroom dance on the other. \n\nRelationships and business consulting are his forte. More than a decade with digital marketing agencies, he spent the last six years here at Disruptive. He was here back when everyone in the company could eat lunch at one table. He's been instrumental in Disruptive's development to date and continues to shape the company and the client experience.