How to Leverage Your Social Network Without Annoying Them

Networking is a good thing. It makes the business world go ’round. Unfortunately, however, there’s a big chunk of the population who doesn’t seem to understand that the term “networking” is not synonymous with spamming people at near-harassment levels, almost demanding favors and constantly talking about yourself.

When you’re building your business, it’s not only possible to leverage your social network—it’s immensely valuable. You have an enormous audience of people who already know you and hopefully trust you, and they may share overlapping industry experience that can benefit you. You just need to know how to leverage that social network-both in person and online—without annoying the daylights out of them.

This is a balance that anyone can strike. Here’s how:

At a networking event, it’s pretty much a given that most people are there hoping for some benefit to themselves. We all know that. That being said, you still don’t want to be the person who aggressively tries to introduce themselves to as many people as possible just so you can shove your business card in their hands and walk away.

The same thing is true for online networking, especially on LinkedIn. Reacting to an accepted connection request with a long list of what you can do for them (or asking for a favor) without at least trying to build a relationship will not be well received. 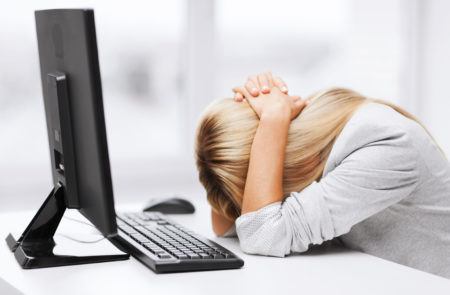 You don’t want to make someone want to face-plant on their laptop by being aggressive.

Even though we all look for mutually beneficial business relationships, rushing things can leave the other person feeling like you just want to use them.

Many people will go out of their way for friends, or individuals they really like, and that’s not how to win them over. Instead, genuine relationship building with several individuals will almost always end up being much more valuable than your business card in the hands of fifty.

2. Offer Value Before Asking for It

This goes back to the “no one wants to feel used,” but the “I’ll scratch your back if you scratch mine” principle comes into play here. Answering questions on social media or offering to connect someone to one of your contacts who may be a customer are great ways to offer value to someone else.

Then, once you’ve helped them out, it doesn’t come across as brash to say “by the way, if you know anyone who needs help selling their house, I have some availability in my real estate business next month.”

Networking should be more about sharing information and advice than straight up asking for a job. You haven’t earned that yet.

Once you’ve met someone and established that connection, it’s up to you to maintain it. Follow them on social media and interact with their content when possible to help build your relationship. Share their content and offer a signal boost if they ever need it. 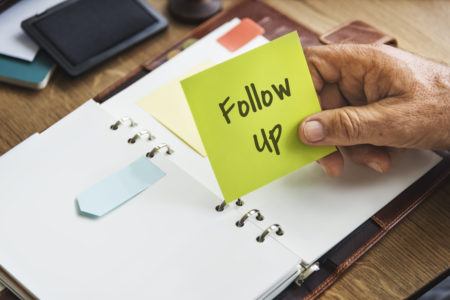 Reaching out directly when appropriate is also a good idea. Sharing leads or resources that you think they’d appreciate is a good place to start and even sending a holiday card at the end of the year can keep you at the forefront of their mind.

Once you’ve already established a mutually-beneficial relationship with someone, it’s more acceptable to share offers or ask for favors as long as you do it in a low-pressure way. Hard selling is not good for your social network.

Instead of begging people to hire you, more of a “I’m looking to grow my business, if you happen to know anyone looking for these services, please feel free to pass along my info” type of message is a better way to go. If people ask for more information at that point, you can explain exactly what you do.

Hard selling connections who aren’t interested can make them feel guilty or uncomfortable, especially since some people really struggle to say “no thank you, I’m not interested.” As a result, they might avoid you altogether in the future if you’re too aggressive.

Plenty of small businesses (and larger ones) establish an official referral program for this exact reason. This may take the form of a discount, waived subscription fees, or free services in exchange for successful referrals. 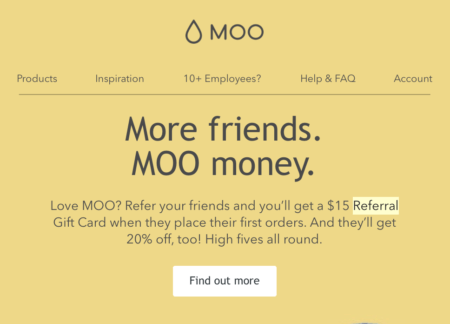 Win-win situations are always the way to go and incentivizing referrals in one way or another is the perfect scenario when leveraging your network.

This part of the equation gets forgotten more often than you’d believe. When people go out of their way for you, you should let them know that it means a lot. A good practice is to thank the person immediately after they help you out and follow up several weeks later to thank them again.

If, for example, they introduce you to someone to get a new client, thanking them up front and then again after the client’s project is underway to say that it’s going well (and in a good time-frame).

Everyone likes to be appreciated. People will be more willing to help in the future if they know you genuinely appreciated it the first time around.

Leveraging your social network correctly can get you new leads, new clients, and valuable connections with industry peers that can help you build your business faster.

By following the guidelines discussed above, you’ll be able to leverage your network without annoying or frustrating them. Focusing on what you can do for your network instead of what you can suck out of them like a vampire will carry you much further.

What do you think? How do you leverage your social network? Which relationship-building techniques have benefited you most? Let us know in the comments below!