Should You Use a Landing Page Redesign, or Iteration?

Rebuild from scratch or make small tweaks? This will tell you!

There are a lot of rules in the world of split-testing. Conversion rate optimization is a practice that is sometimes filled with contradictory data and things that have a million exceptions. There are a few best practices that we can rely on, though.

We’re told by industry experts like Peep Laja (ConversionXL) and Oli Gardner (Unbounce) to always be testing, and never end a test too soon. At least 100 conversions, and a couple months of running to determine if your data is actually significant enough to make a good decision. You’re only supposed to test the little stuff, too.

After all, if you change 10 things at once, it’s hard to know what helped or hurt. That’s something my 3rd grade science teacher refers to as part of The Scientific Method.

Maybe your traffic is so limited that you can’t run more than 2 variations at once. Maybe after a few months you’ve only had a few hundred visitors, and a pitiful amount of conversions. A lack of traffic can make these best practices difficult to follow, especially if you’re trying to show your boss that you can get results, fast.

Sucks, because all you want are wins!

So, for one of these rules we’re going to make an exception.

Here at Disruptive, we believe that there are two major types of landing page tests: Redesigns vs Iterations.

[Tweet “Are you redesigning or making iterations on your #PPC landing pages? Not sure? See what to use here…”]

What Are Landing Page Redesigns?

We consider redesigns to be more on a sliding scale. It can be anywhere from changing a few major elements on the page, to scrapping what you have and overhauling your entire landing page design approach.

These are a little bit more dangerous, as you can’t exactly pin what caused the increase or decrease. Sure, you can sometimes make a pretty good guess, but there’s not enough data to prove it.

Redesigns are more result than process focused. It’s like playing Clue and saying “I’m not sure how they did it, but I can tell you that there was definitely a murder.”

Please don’t try this at home.

What Are Landing Page Iterations?

An iteration is a repetition with a slight difference. In split-testing, it’s when you take your existing ad or landing page and just change one thing. That could be the headline, the hero shot, the color of the CTA button, or anything else. Like I said, this is so you know the exact effect of that one element or change. Besides that, it’s an exact duplicate.

Iterations are often considered the smartest way to split-test, because they give you more precise results and answers. And not to mention, they take less time and are faster to turn around.

So what should I do?

Most of the split-testing world is going to recommend you doing iterations on your ads and landing pages. It’s the safest way to optimize something to it’s maximum potential.

Iterations are perfect for well-performing campaigns, or a campaign with good traffic and a lot of budget. As you go through each test, you’re writing a conversion bible for your company and your product. That’s a really valuable resource.

The downside? Iterations can be slow to test.

You can sometimes test 4 different iterations at in order to get data faster, but that only works with campaigns that have plenty of traffic. That means with a limited budget and few people searching… you could be waiting a real long time before you can make a smart data driven decision.

Thanks for nodding in agreement.

For a struggling campaign though, that can cost you a lot of money. Making iterations of a poor converting landing page is like plugging holes in a sinking boat. You might be making progress, but you’re still sinking. Not to mention, is your traffic quality traffic?

Let’s say your landing page isn’t converting, or maybe it’s sitting at something pitiful like 0.5%. Maybe your boss isn’t convinced about the profitability of all this optimization and PPC business and is about you cut your budget off.

Maybe you’re managing a client who is thinking about quitting. They ask what you’re doing, and you say you’re testing button colors or a female picture vs. a male picture.

When in reality, you’re jamming fingers into the holes of your doomed boat!

Why not just rebuild the boat? 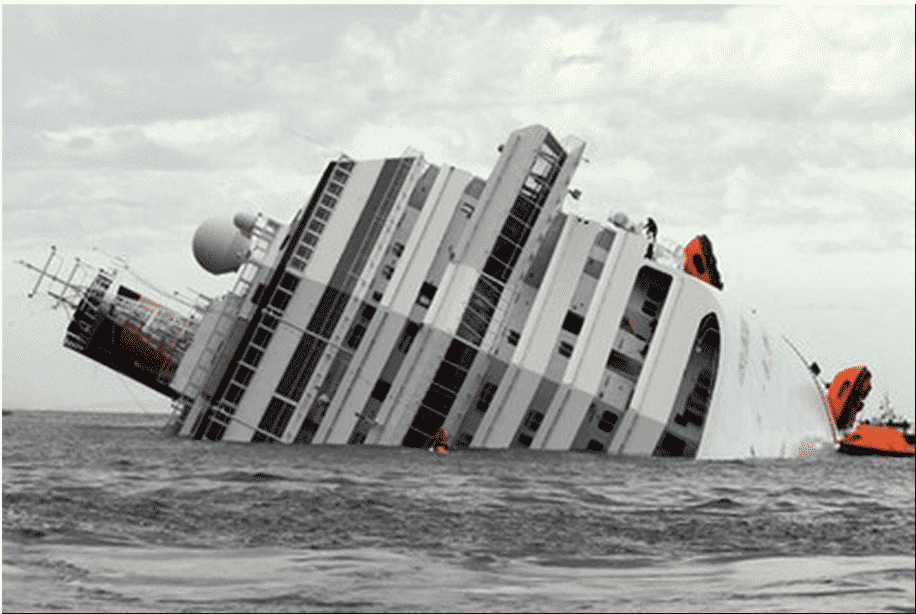 Maybe we could be doing a little bit better…

Redesigns can require some research and good knowledge about copywriting, design, and best practices for conversion rate optimization. You’re basically saying that you know how to build a better boat without all those smaller tests. It can be risky, and it can fail miserably. It can also bring your campaign back up to the level it needs to be at.

It’s important to establish a page that is at least performing.

Often when we’re starting a brand new campaign at Disruptive, we aren’t testing two iterations: we’ll test two very different landing page designs. When we establish which is a better baseline, it’s easier to take that variation and then grow iterations off of it.

Making that drastically different page is a bit of a gamble: after all, you might lose some conversions due to one of the pages being worse. BUT, with a bigger gamble (backed by research and CRO knowledge) you can get a bigger pay off.

Need help deciding whether to go with an iteration or a redesign? Here’s some questions you need to ask yourself:

[Tweet “Ask yourself these questions to determine how fast you’re able to do #CRO testing for your #PPC landing pages.”]

The number one thing to remember: ALWAYS BE TESTING. Never jump into a new page or ad without gathering enough data to ensure it’s actually better. Also, as soon as you’re done with one test, you should be starting a new one. Any time you aren’t testing, you’re wasting opportunity for conversion optimization.

Have more questions about redesigns vs. iterations? Leave a comment below!