Ever since I first learned about conversion rate optimization (CRO, aka website or landing page testing), I’ve wondered why there wasn’t an easy, methodical way to see how all of the various elements on your site affect one another.

I mean, Google has a deep learning algorithm that can write accurate, human-sounding descriptions of images. Other machine learning algorithms can learn new languages, identify abstract concepts like “people” and “cats” from YouTube and diagnose cancer.

So why aren’t we using machine learning to improve site performance?

After all, online advertising is an ideal medium for machine learning. Yes, it deals with human behavior—which can be hard to predict—but that behavior is constantly being tracked in detail. And, when it comes to machine learning, the more details you can give the computer, the better and faster your results will be.

However, even though online marketing seems like an ideal application for artificial intelligence, to date there hasn’t been a good way to use the power of AI to produce results for advertisers.

Sure, there are a number of different companies that are trying to leverage AI to improve marketing, but there really hasn’t been a practical option for conversion rate optimization…until now.

In September, Sentient Technologies (the most-funded AI company in the world) announced the release of a new website testing and optimization tool: Sentient Ascend.

Now, I have to say, Sentient Ascend has me excited.

I first saw the product in action a few months ago when Disruptive partnered up with Sentient and from the first demo, I was blown away by the potential of the software.

To me, Sentient Ascend is one of those, “Where have you been all my life?”-type products that has the potential to forever change how we approach online marketing. Instead of spending months-to-years slowly iterating and A/B or even multivariate testing your site, Ascend gives you the ability to evaluate every variable you can think of in one slick test.

Now, I’ll admit that terms like “evolutionary computation” or “genomic recombination” probably don’t pique most people’s interest, but if you can get past the technical jargon, the core concepts behind Sentient Ascend are fairly simple.

Survival of the Fittest

Unless you’ve been living under a rock your whole life, you’re probably familiar with this concept. Back in the 1830s, Charles Darwin traveled to the Galápagos islands, where he discovered that differences in the available food sources had led to differences in beak size and shape. 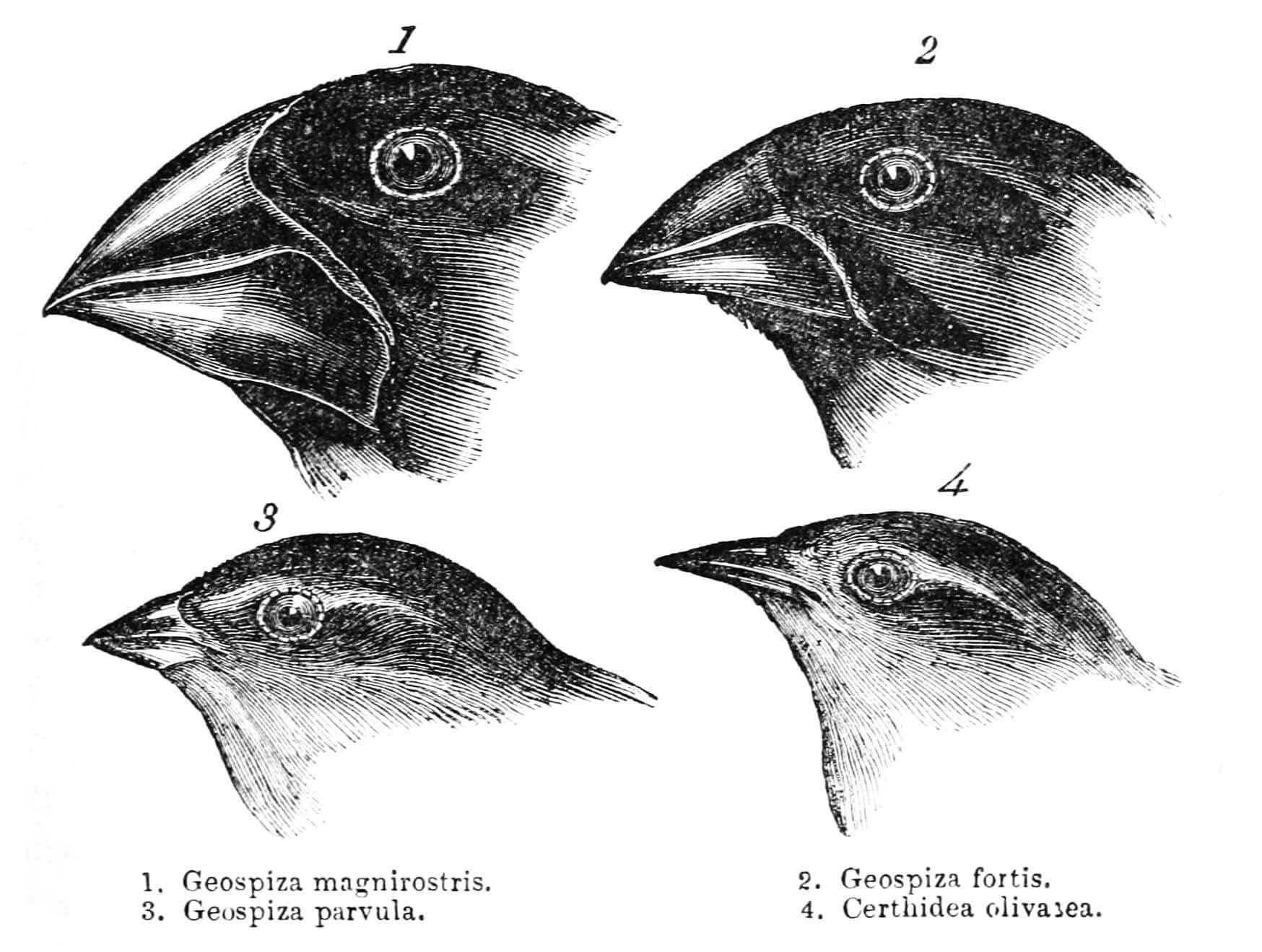 In other words, the birds that had beaks that were better designed for getting into the local food outperformed their competitors. They were more fit, so they survived.

You see the same sort of principles at work in our day-to-day lives. No matter how much I practice or how hard I work out, no basketball team on earth would pick me over Lebron James. Sorry, I just didn’t get that mutation.

Now, if you think about it, a different version of a page or your site is a lot like a mutation in a species. Some page mutations are big (think the X-men): 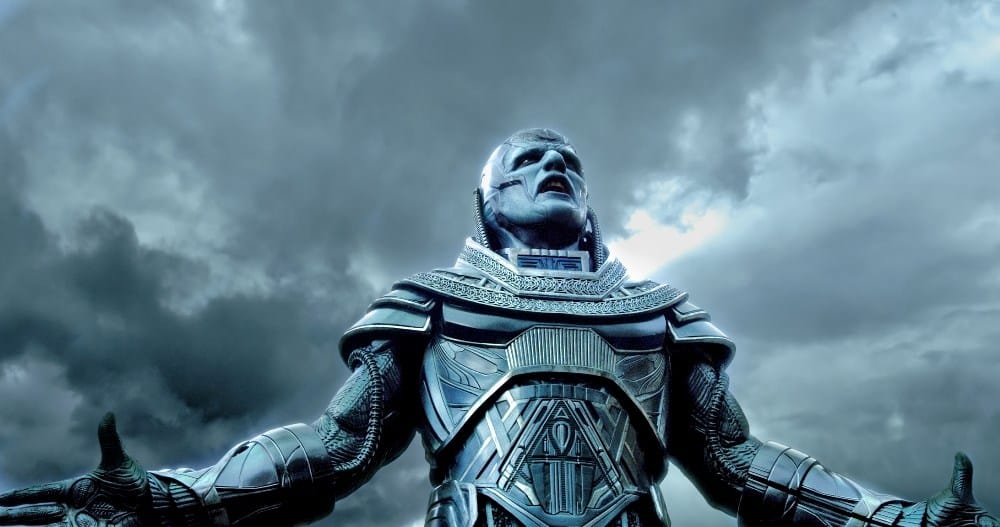 That is not normal…

And some are small: 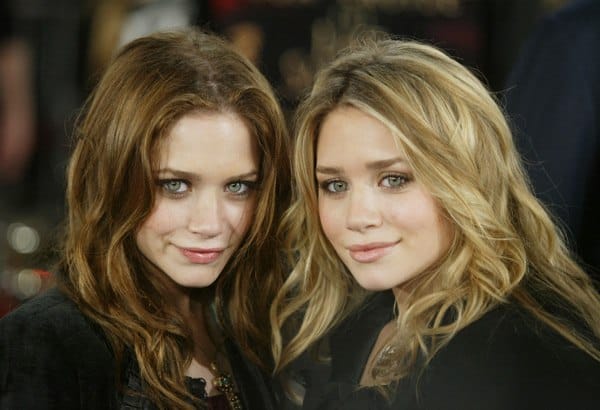 But even small changes can be important (clearly, differences in beak size mattered to Darwin’s finches!).

The problem is, as a marketer, it can be hard to predict which mutations will produce better conversion rates. Maybe you need to make an apocalyptic change or maybe you just need to tweak your colors. Until you test, there’s no way to know for sure.

Unfortunately, since you don’t know which changes will produce the “fittest” version of your page or site, you can easily test a wide range of page “mutations” without really improving your conversion rate. In fact, just 1 out of every 7 A/B tests actually produces meaningful results.

Sentient Ascend fixes all of that.

Instead of guessing at which “what ifs” really matter (what if my button were bigger, what if my CTA was X, what if my site was blue…you get it), Sentient rapidly figures it out for you by testing combinations of elements against each other.

If a combination does well, Ascend starts testing additional changes. If it does poorly, it doesn’t survive.

What Makes Sentient Ascend So Effective

Now, you might be thinking, how is this different from A/B or multivariate testing? Sure, automating the process is cool, but the fundamental principle is the same, right?

This is where machine learning comes into play. You see, with a standard A/B test or multivariate test, you have to let the test mature until you reach statistical significance before you can identify the superior variant. With machine learning, all a variant has to do is show whether or not it is promising.

Think about it like this. In life, if you really wanted to make sure that you were marrying the ideal parent for your children, you’d wait a long time to get to know them, see if they actually graduate college, get a good job, etc.

But, while you’re waiting for proof that you’ve found “the one,” life keeps moving on.

So, you can’t just wait until you’re sure that you’ve found Mr. or Ms. “Right”—you have to take a risk. As a result, most people don’t wait until their fifties to get married. They get enough information to decide whether or not moving forward makes sense and take the plunge.

Ascend works the same way. Through machine learning, Ascend can use what it knows about the performance of a particular combination of factors to predict whether or not that combination will improve conversion rates in the future.

If it makes the cut, Ascend takes information from other high-performing variants and uses those to create a new “child” variant. Those “children” are then compared with each other and their parents and Ascend uses what it learns from those combinations to guide the next tests.

By the time your test is done, you know exactly how different tweaks to your site or page affect your conversion rate—either alone or in combination with other elements. How cool is that?

Essentially, Sentient Ascend is a lot like guided evolution. You tell Ascend what your page should be good at and which page elements to mutate and Sentient cross-breeds your ideas until it finds the best possible combination of factors.

With normal A/B or multivariate testing, there’s no practical way to get these sorts of results in a reasonable time frame. There are simply too many possible combinations.

Just think about it, just to test a few above the fold variations on a page, you could be looking at thousands-to-millions of possible combinations.

What are the odds that you’ll successfully predict the best combination of factors from that many possibilities? How long would it take you to test that many combinations? 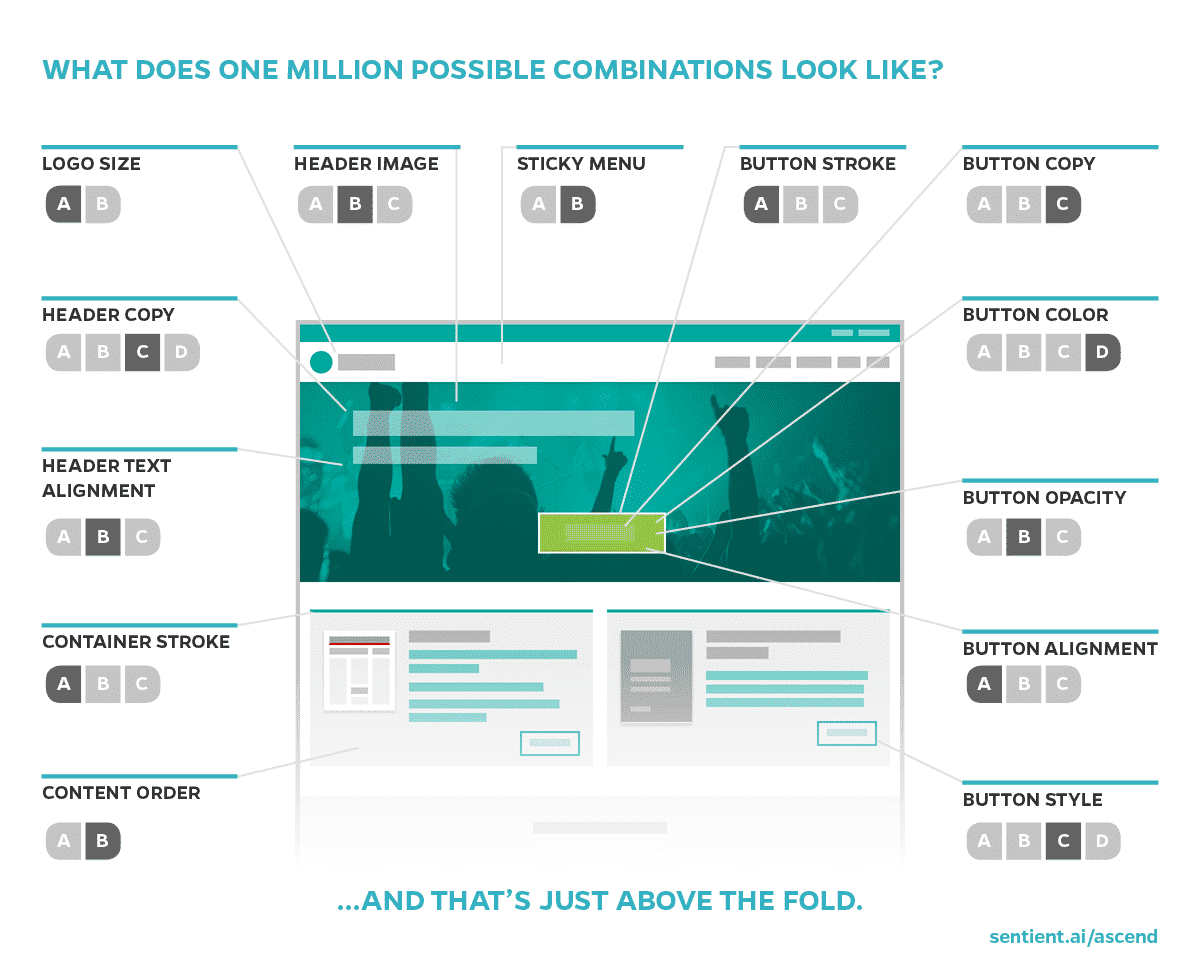 However, Sentient makes that level of testing both achievable and practical. One of their users, Classic Car Liquidators, tested 28,800 potential combinations in just 3 weeks and 40,000 visitors.

The results? The champion version improved conversion rate by 557%.

As you can probably tell, I’m very excited about the potential of Sentient Ascend. At Disruptive, we’re part of a hand-selected group of partners who are helping clients use this groundbreaking technology to improve the performance of their marketing campaigns.

So, if this article has piqued your interest and you’d like to find out if Sentient Ascend is a good fit for your business, let me know here or in the comments. I’d be happy to look at your current marketing efforts and help you decide the best way to improve your conversion rates.

Well, you’ve heard my thoughts on the matter, now I want to hear yours.

How do you feel about this technology? Are you excited about the potential of artificial intelligence and machine learning for marketing?