What is Viral Marketing? Is It a Viable Tactic…or a Trap?

Viral marketing is something of an enigma. We’ve all seen examples of it: Dove’s “Real Beauty Sketches” campaign, the “Squatty Potty” unicorn ad, or heck, even the “Selfies on iPhone X” video.

We can all see the results of viral marketing: millions of views, countless likes and shares, media buzz and, most importantly, lots of additional sales.

But what is viral marketing? Is it actually a viable marketing strategy?

Or, as my friend Daniel Harmon (one of the creators of the “Squatty Potty” ad) likes to put it, is virality like “catching lightning in a bottle”? Let’s take a look.

What is Viral Marketing?

The term “viral marketing” stems from the way that viruses (the germs responsible for illnesses like chicken pox, the flu and AIDS) spread.

Unlike bacteria or fungi, which can also cause infections, viruses are self-replicating machines. They’re not even technically alive. A bacteria finds a hospitable environment, eats and reproduces like a good little living thing.

But viruses? Viruses inject themselves into a host cell, take over the cell’s functions and force the cell to create hundreds, thousands or millions of copies of the virus.

Then, the cell explodes, sending all of those copies of the virus out to infect other cells. It’s kind of a scary process.

So what does all of this have to do with marketing?

Well, viruses are able to spread quickly and efficiently because they hijack the body’s cells and use it to replicate and spread. Viral marketing effectively does the same thing. However, instead of using cells to spread disease, viral marketing uses people to spread a marketing message.

How Does Viral Marketing Work?

The appeal of viral marketing is pretty obvious. Conventional marketing is like bacterial replication—it takes a lot of time, effort and a hospitable environment to make it work.

With viral marketing, however, other people do the work for you. Once something becomes truly “viral”, it becomes a self-propagating system. You don’t have to put time or money into spreading your message. All you have to do is sit back and collect the profits.

For example, remember Hotmail? Hotmail was actually one of the first viral marketing strategies to succeed online.

Back in 1995, web-based email was kind of a new thing. So, to help spread the word, Hotmail made their service free…with one caveat. At the bottom of each email, Hotmail added a message that said “Get your private, free email at http://www.hotmail.com.”

Today, the tactic seems pretty obvious, but a quarter of a century ago, it was marketing gold. Pretty soon, people were signing up for Hotmail in droves…and all for the price of a simple piece of code.

Where Did Viral Marketing Come From?

Of course, the idea of “viral marketing” is hardly new. Marketers have been “creating a buzz”, “network marketing” and “leveraging the media” since, well, the beginning of marketing.

The difference between conventional word-of-mouth marketing and viral marketing is the internet.

Fueled by the reach and accessibility of the internet, viral content can reach millions of people overnight. For example, in the early nineties, the Chewbacca woman video wouldn’t have been anything more than a favorite family home video.

But this begs a question. Is there a difference between “going viral” and “viral marketing”? Personally, I’d argue that the answer is “yes” and that the difference is critically important to marketers.

Unfortunately, viral hits like the Chewbacca Woman have created a lot of confusion over what viral marketing truly is. These days, when most business owners or marketers say “I want to do viral marketing”, what they really mean is “I want to go viral”.

However, these are two fundamentally different ideas.

“Going viral” is usually the result of a complex blend of factors—many of which are impossible to predict or control—that make something a cultural phenomenon. Sometimes that’s a piece of marketing content, but if it is, it’s more random chance than anything else.

Like my friend Daniel Harmon likes to say, “Going viral is like catching lightning in a bottle.” And he should know. Daniel and his team have created some of the most popular and shared marketing videos in the history of the internet.

But only a couple of them have truly “gone viral”.

And that highlights the difference between “going viral” and “viral marketing”. If you recall, viral marketing is just like word-of-mouth marketing. The goal is to get people to talk about and share your content. Becoming a cultural phenomenon isn’t technically part of viral marketing.

You can’t control whether or not your marketing “goes viral”. But, you can create marketing content that gets people excited enough that they want to share it with others—which is what viral marketing is all about.

How to Do Viral Marketing

So, if “going viral” isn’t a feasible goal, is viral marketing even a worthwhile marketing tactic? Absolutely.

Contrary to popular belief, people aren’t tired of marketing—they’re just tired of cafeteria-style marketing. They want something fresh, interesting and exciting. Give them that and they’ll be happy to pay attention. More importantly, if they like your content enough, they’ll share it with their friends.

With all that in mind, let’s take a look at 4 key elements of effective viral marketing. Even if your goal isn’t to “go viral”, viral marketing can still be tricky, so you’ll need to take all of these elements into account as you plan out your marketing strategy.

1. Give Something Valuable Away

Want to know the biggest secret to viral marketing? Provide value—and don’t ask for anything in return.

Every successful viral campaign gives something valuable away for free. The classic Old Spice “The Man Your Man Could Smell Like” commercial makes people laugh:

But, while many viral campaigns are based on videos, not all viral marketing has include video content. Take the Hotmail campaign we mentioned earlier, for example. Hotmail was offering something rare and valuable—a web-based email service—for free, so why wouldn’t people want to share that with their friends and family?

The important thing is to offer people something valuable—so valuable, in fact, that they want to share it with the people they care about. That can be an entertaining commercial, membership in an exclusive club, early access to a video game or almost anything that your target audience will care about.

Many businesses struggle with this because giving away something truly valuable is expensive. Creating great content takes a lot of time and money. Giving away products or services isn’t cheap. But, that’s why viral marketing stands out. It provides more value than most marketing, so it gets people interested and excited enough that they want to share it.

No matter how valuable your content is, if it isn’t easy to share, most people won’t share it. The simple truth about humans is, the more work something takes, the less likely we are to do it.

Fortunately, in addition to increasing the potential reach of your campaigns, the internet also facilitates viral marketing by making it easy to share things online. Your job as a marketer is to put that to work for you.

Whatever it is that you want people to share, you need to keep it as short and simple as possible. Video ads are a classic viral marketing channel because it only takes a few button clicks to share them. Links or “share” buttons with pre-filled content are another great way to simplify the sharing process.

One of the reasons why viral marketing works is because we all want to feel special, valuable and important. When someone says, “Have you seen this video?” We want to be able to say, “Yes!”

Better yet, we want to be the ones to discover the video, offer or other treasure and share it with others. It feels good to bring joy, insight or opportunity into the lives of people we care about.

There’s also a special feeling that comes with being part of the “in crowd” of people who know about something new and exciting. For example, during the early days of Pinterest, the platform was invitation-only. As a result, being on the platform gave you a sort of mystique that you didn’t get from a plain old Facebook account. 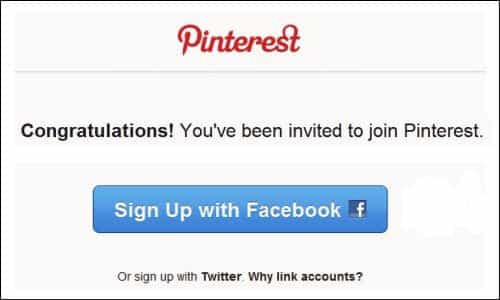 To be honest, it didn’t really matter whether or not Pinterest was the best social media platform. What mattered was that only some people were aware of and using it Those who were, were in the “in crowd”. They were cool and “in the know.” Everyone else was on the outside looking in.

Finally, good viral marketing doesn’t occur in a vacuum. While the ultimate goal is to get people to share your content, you usually have to get the ball rolling on your own.

In fact, the best viral marketing is usually supported by a variety of different marketing tactics. Paid advertising, press releases, influencer marketing, email marketing and more can all go a long ways towards building the momentum your campaign needs to succeed.

Ideally, your campaign should be so well designed and feature such compelling content that you don’t need people to share it for it to be a success. It takes a lot of time, effort and money to create viral content, so your campaign should be able to deliver profitable results regardless of whether or not people start sharing it.

Viral marketing isn’t a cop-out for good marketing strategy. You can’t just build a campaign and assume that you’ll get the results you want. Instead, create something that is designed to encourage sharing and word-of-mouth, but can stand on its own even if that doesn’t happen.

So, what is viral marketing? In a nutshell, it’s the internet version of word-of-mouth marketing. You create something valuable and exciting and then hope that people will share the word about your business for you. It’s a sound, time-honored marketing tactic—with a digital twist.

Where people get confused, however, is when they confuse “viral marketing” with “going viral”. While the latter is certainly great when it happens, it’s a random event—not something you should plan your marketing strategy around.

In contrast, viral marketing is actually marketing at its best. Viral marketing content is stand out content—content that’s so good that it actually makes people so excited that they actually want to share it with their friends. Ideally, that’s the sort of content that every business should be creating.

Do you agree with my take? Have any questions you’d like answered? Leave your thoughts in the comments.