Video Ad Editing: What You Need to Know

If you have some video editing experience under your belt, you might look at the title of this article and think, “How is editing a video ad different from editing any other kind of video?

Well, let me ask you this: Is there a difference between long distance running and sprinting? They are both running right?

Let’s just look at the bodies of a long distance runner vs a sprinter. 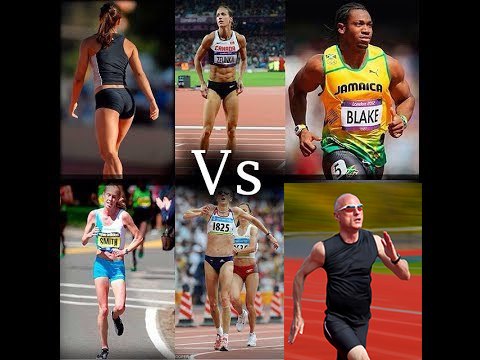 Whether you know which runner does what kind of running, you can see an obvious difference in body shape. This is similar to the difference between video ads and long form videos.

You see the same sort of trends when you compare videos and video ads.

With long-form videos, you have time to set up a world, build up a character, get the audience to invest in a character, and then make the audience’s heart drop in their chests when their favorite character dies (I’m looking at you Game of Thrones). The goal here is to move the audience emotionally.

With the majority of video ads, you have 30 to 90 seconds to tell a story that will make the audience laugh, or at least think “that was cute.” You won’t get as much emotional investment from an audience member, but the goal is to simply get them to remember the product.

So broken down, long form videos are like long distance running, where there’s a real journey. Video ads are more like sprinting where there’s short bursts of a lot happening all at once.

With that major difference in mind, here are the major lessons that I’ve learned from editing countless video ads over the years.

When it comes to video ads, audiences get bored if there is not enough happening on screen. That means either there better be some super engaging action taking place or the dialogue of the actors needs to be compelling. You only have 30 seconds some time, so don’t waste it.

Quick cuts between lines of dialogue can help get the same amount of content out in a faster time. For example, if you are creating a video ad where two people are talking, you can start the audio for the second person while the video of the first speaker is still ending. That way, people are already engaging with the second person on screen before they even see their face.

Let’s be real though, you can only work with what you are given. If your actor is talking way too slow while you are shooting the commercial, you may not have the right material in post to work with. So, keep the momentum of the final piece in mind when you are filming in the first place.

2. The First 5 Seconds of Your Ad Matter Most

In video ads, you usually have about 5 seconds to hook your audience and make them want to watch the rest of your video. This is especially true on YouTube with skippable ads, where YouTube literally helps your audience count down the seconds to when they can turn off your ad.

You’ll notice that movie commercials and YouTube Vloggers have been starting to use a tactic in order to get you to watch their whole video. They’ll put a small preview of all of the action or the biggest part of the controversy at the very beginning to entice you to watch the whole thing. I call this baiting.

Here’s an example of baiting.

Baiting is super effective because audiences want to put what they’ve already seen into context. They think they’ve seen something potentially amazing and want to see if their assumptions are actually true.

Baiting your audience generally works best when you have a video ad around a minute or longer that you are afraid that people won’t want to watch if they just watch it from the beginning. Just make sure that you have the content to back up your bait, otherwise your audience will be feel tricked.

3) Get to the Punch Line

There’s a little thing that happens when you are the one the wrote or directed a video. You ego gets huge and you think that all of your ideas are great. You feel that all of your concepts are a must for the final cut. This happens to everyone.

However, sometimes an idea just doesn’t pan out in the editing room. Maybe it’s not as funny as you thought it would. Maybe the delivery was poor. Maybe you didn’t get a good angle during filming.

Whatever the reason, sometimes you just need to cut something.

Cutting a piece down can be a process, so ask yourself “can I get to the punch line by cutting out material and have it give the same message?” If you can, there’s no reason why you shouldn’t. People respond to well crafted messages that get right to the point.

Remember, you are editing an ad not an epic feature. Cutting things down to the bare bones will often streamline the humor or message. Yes, you might have to kill your thought babies in order to get the job done, but it’s always a good idea to get rid of dead weight in your ads.

Editing video ads is just like running sprints. It’s high energy, fast paced and comes with a big pay off at the end. But, if you can harness your video speed and momentum, you’ll be able to create ads that people will watch all the way through.

Make sure that there aren’t gaps in your dialogue, have a super high energy or intriguing first 5 seconds and cut the fat with your. This will push your editing skills to the point that you will become and expert in being able to look at footage and knowing what can work and what won’t.