How to Create a Marketing Campaign Strategy that Sells

Imagine for a second that you have blueprints for the Death Star. Your planet-destroying weapon is a great concept, but how will you sell the Empire on a battle station that takes years to build and trillions of Imperial credits?

To do that, you’ll need a marketing campaign strategy that sells.

Like any product, there are an infinite number of potential target audiences and marketing strategies you could use to market the Death Star. But in this case, you need the hit the sweet spot of two men — Darth Vader and Emperor Palpatine.

With these two despots in mind, you need to look at 3 basic marketing elements before you put your Death Star campaign strategy together:

Knowing how to gather and assemble these three things together will ensure that you are saying the right things to the right people. You will hit the sweet spot as you work to convince Darth Vader and Emperor Palpatine that your war machine of mass destruction is the superweapon they need. 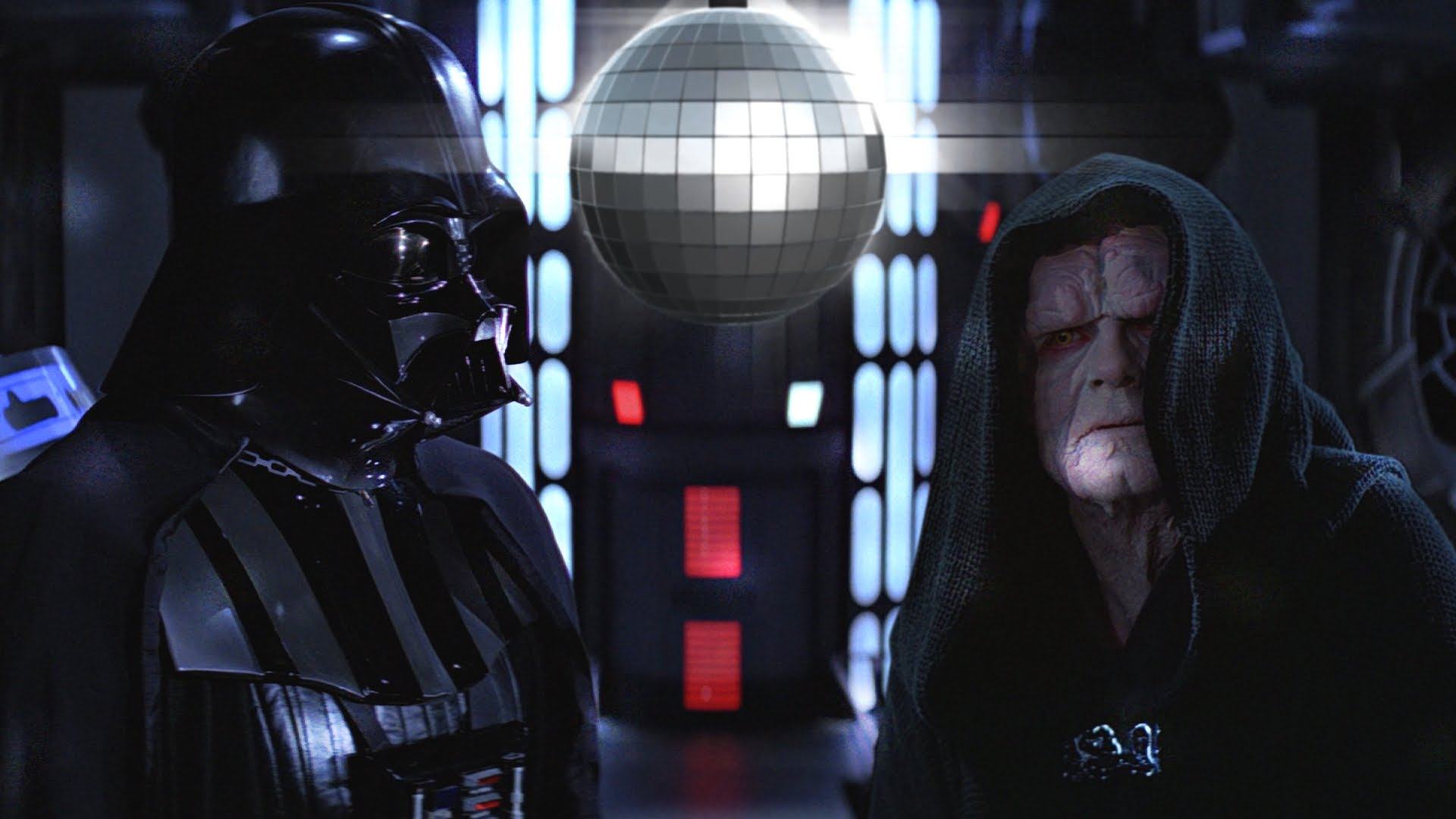 Now, the core needs and goals of these two galactic overlords are fairly well-known, so we’ll leave customer profiling for another article. In this article, we’re going to focus instead on how to gather brand insights and position your offer within existing cultural tension to create a campaign strategy that really sells.

Do it right, and you just might end up changing the fate of the galaxy…

In creating your marketing campaign for the Death Star (or anything else), the first thing you need to do is an in depth study of your brand’s history. This history analysis will help you lay the foundation for identifying the unique selling point (USP) of your brand. This is critical in building a strategy statement.

When doing a brand history analysis, find out their origin story, the available products that brand has, and look at the types and tone of their advertising.

For example, here’s a quick look at the Empire’s advertising:

Clearly, the Galactic Empire’s brand is focused on power, recruitment and peace. So, if you want to sell the Empire, your campaign strategy needs to appeal to those points.

After doing a brand history analysis, it’s time to do a SWOT analysis. A SWOT analysis helps you contextualize the knowledge that you gained in your historical analysis, which is how you make sure that your campaign strategy is aligned with both your product and your target audience.

Doing a SWOT analysis will help you answer the single most important question: what is your company offering that no one else can? The answer is the brand’s unique selling point (USP).

SWOT stands for Strengths, Weaknesses, Opportunities and Threats. Simply put, you should be looking for the following:

If after doing both a history and a SWOT analysis you still can’t concisely articulate what a brand’s USP is, then consider asking the brand owners the following questions. Some of these come from one of my favorite marketing books, The Practical Pocket Guide to Account Planning.

What business are we really in?

Obviously, Apple isn’t just a computer company. Otherwise, they never would have made the iPod. Asking yourself what business you are really in can broaden your horizons.

Case in point, contrary to rebel propaganda, the Death Star is actually in the business of putting down terrorist cells and interplanetary policing

What would the world look like if we took [the product] away?

Asking this question can help you better identify what niche the product and brand fills. Without the Death Star, yes, admittedly, Alderaan would still be a world, but think about how much more chaotic the galaxy would be.

How would you describe your brand in three words? Sometimes business owners think that their product should appeal to everyone in the galaxy (er, world). Limiting your description to 3 words can bring a lot of clarity.

If your brand was a type of music, what kind of music would it be? Again this question can give you an answer for the tone the brand wants to take, but it can help you understand it by the feelings that music can invoke.

For the Death Star’s theme song, most people would probably pick the “Imperial March.” However, I’d argue that that song actually belongs to the Stormtroopers and Darth Vader. The perfect song for the Death Star would actually be the cover version of The Sound of Silence by Disturbed.

Now, keep in mind that you should use these questions to clarify the information that you already have. You shouldn’t start your analysis by asking your brand owner these questions, since that will make it seem that you haven’t done your homework. Lord Vader would find it disturbing…

Positioning Your Brand in the Right Cultural Tension

Now, before we can finalize our campaign strategy for the Death Star, we need to understand how the Death Star fits into the current cultural landscape. What are the key issues and concerns that the Death Star aggravates or addresses?

Putting yourself in the right cultural tension does one very important thing for your business: it gives your audience a reason to believe your marketing.

You can find cultural tension in just about anything. But, when it comes to cultural tension, it doesn’t matter what you personally agree with, it matters that you know what your band is saying in that dialogue.

The best brands look at both sides of the argument and put themselves directly in the middle position between the two polar opposites. This will help them appeal to the biggest number of people.

Cultural tension is easier explained with examples than definition. Politics is a really good example. We have Liberals and Conservatives, or in Star Wars we have the Empire and the Rebels. Not all cultural tension will be this obvious, though.

For example, think about the concept of beauty. Many people say you should feel the most beautiful in your own skin, and others say that make up can help you feel and look more attractive. People get heated about these things without really knowing it.

Dove positions themselves really well for the beauty industry. They say, “yes, you should feel the most beautiful in your own skin. So, use our soap to make sure your skin doesn’t dry out and crack.” This appeals to the make-up people because now they feel like they are maintaining their look.

For the Death Star, their cultural tension could fall into the realm of preservation of life. The arguments being that the Empire could actually spare more lives by only destroying one planet in a solar system rather than going planet by planet and losing thousands of their own men too.

By positioning the Death Star this way, you can actually make a fairly solid case for why Vader and Palpatine should build your superweapon. Your argument might not convince everyone, but if it convinces your target audience, that’s good enough.

Now that you have your consumer and brand insights and your cultural tension, you should be able to come up with almost an infinite amount of strategy statements. Typically, a conventional strategy statement looks like this:

For (the target consumer who _____), (the brand) is the only one that provides (the unique selling point), because only (the brand) is (the reason to believe, position in the cultural tension).

If we filled one of these out for the Death Star, it would probably look like this:

For the overlord who craves unlimited power, the Death Star is the only weapon to make your control incontestable, because only the Death Star can destroy your enemies’ home worlds in one shot without the risk of losing hundreds and thousands of loyal soldiers in a protracted military campaign.

This is the most formulaic strategy statement you’ll ever find. It’s great and it works. But good heavens is it wordy! So, let’s use an abbreviated form:

For galactic overlords, the Death Star is the key to ultimate power, because once you destroy one planet the rest of them will fall in line.

Once you’ve figured out your brand, how to position it in the market and your campaign strategy, you’re ready to pitch your idea of the Death Star. Since you’ve done your homework and know how to plead your case in terms that make sense to your target audience, there’s not much risk that Darth Vader will “find your lack of faith disturbing.”

Your pitch to Emperor Palpatine will be concise, directed right at his pain points and will show him the benefits of planetary annihilation. And, with a pitch as direct as that, what evil overlord could say no?

By the way, if you’d like some help putting together your own campaign strategy (for the Death Star or anything else), let me know here or in the comments. I’d love to help!

How do you think through a campaign strategy? How would you market the Death Star to Vader and Palpatine? Let me know in the comments below!