If you’ve ever run a paid search campaign through Google AdWords, Bing Ads, or any other platform, you know there are dozens of levers you can pull that can affect campaign performance. Broadly speaking, the types of changes you can make fall into two broad categories:

Both of those are important—in fact, they’re the main tools a PPC Ninja has to work with—but, it’s easy to spend so much time looking at keywords and ads that you forget that PPC advertising is just part of a bigger picture: selling an actual product or service for a profit!

Today, I want to write about a third category, one that’s related to optimization but covers something more fundamental than just PPC: how much the thing actually costs. 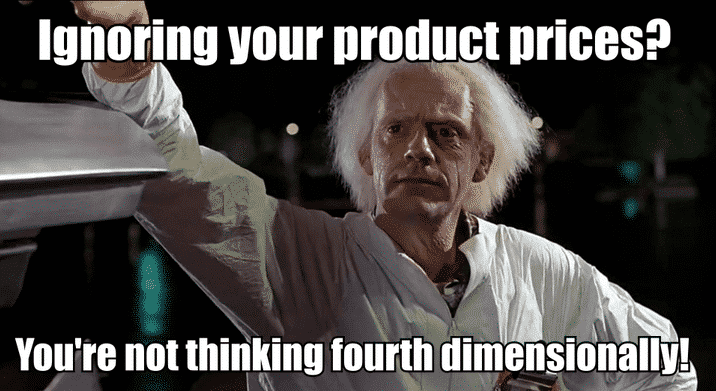 To illustrate this point, let’s talk about an experiment I recently ran with a client that led to a significant increase in profits.

Our client handles document processing for individuals and small businesses, offering several distinct price points ranging from $99 to $199 for different tiers of service. We’d been running a profitable AdWords campaign for several months with some solid wins coming from landing page and keyword tests. Our average cost per conversion was around $75, with an average conversion value of $165, so the client was netting about $90 per conversion.

But, we wondered, what if we tested the same services at higher price points? Would people still sign up? Would it kill conversions? Would margins increase? I predicted that higher prices would lead to fewer and more expensive conversions, but the question was: Would that be offset by higher conversion values?

We decided to run a test. To make sure the test gave us usable data we followed 3 steps.

1. Define the Change and the Timeline

The client shifted each offering’s price up by $100—a pretty significant increase. However, since the client services a niche industry and doesn’t have to worry about being undercut by too many competitors, we figured that a major price change would provide us clear, solid data to work with. We didn’t want to confound any of that data, so we agreed that I’d hold off on the usual ad and keyword tests. Instead, we decided to sit tight and let the price change play out for at least a week.

2. Let the Data Run Its Course

The first few days after the price change our number of conversions actually increased.

It would have been tempting to call the experiment a huge success right out of the gate. But, I knew from experience not to trust just a few days’ data. Sure enough, things leveled out after a few days, which goes to show how important it is not to get too excited over a small data sample, good or bad. Good testing requires patience!

Of course, if our conversions had dropped to zero we might have had to act; but, for the most part, testing is an exercise in diligently watching without touching.

Since our test was a before-and-after experiment, we didn’t have a control group to compare our numbers with while the test ran, so instead I compared the data to the next best thing: our numbers immediately before the test over a similar time period. Luckily, our results had been fairly stable prior to the test, so the results were pretty trustworthy.

If there had been recent keyword or ad tests that had dramatically affected results, it would have been important to control for that as much as possible (for example, I could have excluded keywords that had only recently been added).

After two weeks we had enough data to make some early conclusions. Here’s what we learned:

Our total conversions dropped 6% compared to our previous weekly average. So, as I’d predicted, higher prices meant a few more people said “no way!” and failed to sign up for the client’s services. Still, 6% is a relatively small number so that might fluctuate in coming weeks. Conclusion 1 is therefore a little tentative, but changing the price seemed to have a relatively minor negative impact on conversions.

Conversion volume may have gone down slightly, but cost per conversion jumped from $75 to $95. That’s a 26% jump! HUGE red flag, right!? Well, maybe…but remember, at the end of the day conversions and cost per conversion aren’t the PPC metrics that actually matter. What matters is, did we make more money per lead and increase net profits?

Luckily, thanks to AdWords conversion values, we know exactly how much we made per conversion. In this case, our average conversion value jumped from about $165 to $215, an increase of 32%! In case you’re not doing the math yourself, that means average profit per conversion went up by $30, which was more than enough to make up for a small drop in conversion volume. 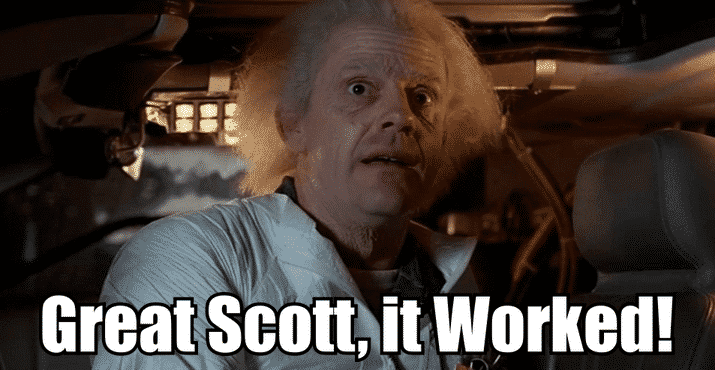 This particular experiment can’t exactly replicated in any industry, but some basic principles should be applicable. Here are some lessons you can use when you’re testing price changes in your PPC campaigns:

As I mentioned at the very beginning, PPC account managers typically focus on clicks and conversions, but taking a look at prices means looking at the bigger picture and optimizing for profitability. If you can, try a fairly dramatic price increase (or decrease) so you can make a strong conclusion from the data. Then, for the next test, maybe try something in between to find the optimal price point.

If you don’t know how much you’re making, you won’t know how tests affect your bottom line. For eCommerce, platforms like Google make it easy to track revenue. For other industries with longer or offline sales funnels it can be tougher, but tracking ROI is critical to knowing how effective your PPC campaigns are.

Be sure you know what parameters you’re testing, what data you’re going to compare your results to, and don’t make major changes while you’re running a test. While the test is running, don’t panic over small data points and let the bigger trends make the decision for you. Your test might not result in better results like ours, but at least you’ll have made a data-driven decision, which will put you in a great position for your next test.

Next time you’re looking at your PPC accounts wondering what to test next, don’t forget prices. If you’ve experienced success (or failure) doing this, let us know in the comments!