Bing Advertising: How Much Do Bing Ads Cost?

When it comes to paid search advertising, the Bing search engine (including Bing Ads) is often viewed as Microsoft’s “me too” response to Google. But, just because Google receives 63% of online search traffic, that doesn’t make it the only search engine worth paying attention to.

The other 37% of search traffic is going somewhere, right?

As it turns out, about 23% of online searches happen on Bing. Another 12% of searches take place on either Yahoo or AOL (yes, AOL still exists), which just happen to be part of the Bing Ads network. Or, to put it simply, if you can’t reach them with AdWords, you can reach them with Bing Ads.

Now, I would never suggest that advertisers abandon AdWords in favor of Bing Ads. Since the majority of search traffic flows through Google, it would be stupid not to run ads on Google. But what about the 35% of traffic that you can access through Bing Ads? Is it worth it to try and advertise to them?

To answer that, we need to take a close look at the relative costs of Bing advertising and Google advertising:

To be honest, there’s a reason why Bing Ads feels like a “me too” product. It basically is. In fact, the two are so similar that the first option you see when creating a new Bing Ads account is to “Import from Google AdWords.”

Like AdWords, Bing Ads is a pay-per-click (PPC) platform where advertisers bid on keywords in the hopes that their text ads will show up for relevant searches, get clicked and turn into new business. 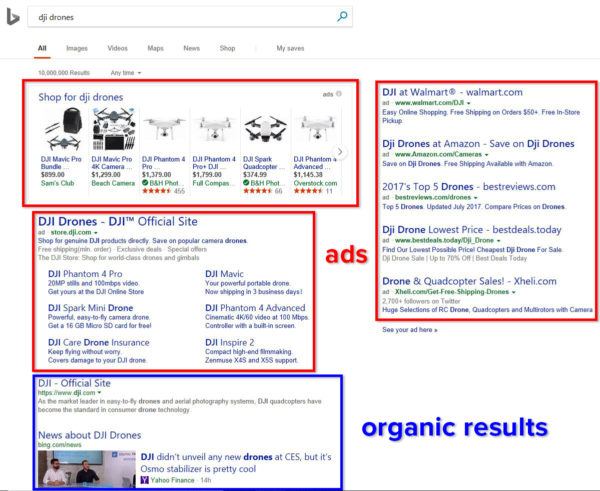 As with any PPC platform, you pay for every click, which begs the question: how much do you have to pay for Bing advertising?

The Cost of Bing Advertising

The good news is, Bing advertising is actually cheaper than Google advertising.

If you think about it, this makes sense.

Bing Ads has access to approximately half as many online searches as AdWords. As a result, most online advertisers at least dabble in AdWords. Not nearly as many use Bing Ads. From there, it’s just a simple case of supply and demand. The fewer advertisers there are, the less competitive the bidding is and the cheaper clicks will be.

The moral of the story? Even at the upper extremes of bidding, you can still expect to pay a lot less for Bing advertising than Google advertising.

Of course, the simplest way to compare the costs of Bing advertising and Google advertising for your market is to sign up for an account with both platforms and look at how much each platform recommends you bid on a given keyword. This data won’t be a perfect predictor of what you’ll pay on either platform, but it should give you a good idea of how big of a gap you can expect between the two. 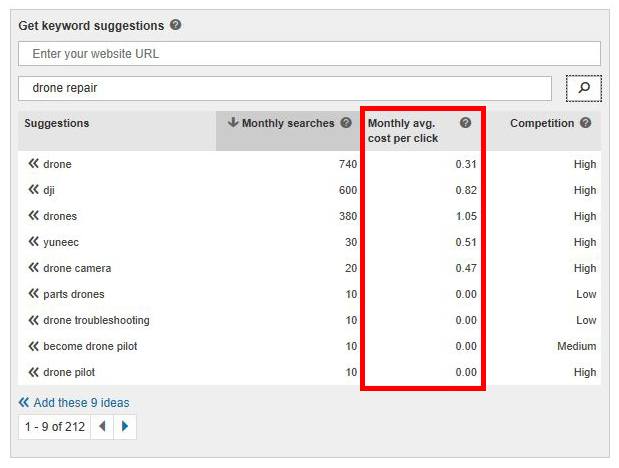 In comparing the costs of Bing advertising and AdWords advertising, however, it’s important to mention that Bing and Google don’t always get the same traffic.

The good news is, you have more control over how much you pay for a click, conversion or sale on Bing Ads than you might think. Here are a few ways to get more out of your Bing advertising budget:

Who is more likely to use Bing: a tech-savvy millennial or a Baby Boomer retiree? If your target audience isn’t using Bing, Yahoo or AOL, it won’t do any good to use Bing Ads.

2. Pay attention to your traffic

Just because you can import your AdWords campaigns into Bing Ads, that doesn’t mean you can expect them to perform the same way in Bing Ads. As we just mentioned, Bing and Google have different user bases, which means that they will interact with your ads different.

Your Bing Ads audience may love a certain offer that your AdWords audience seems to hate. Traffic from Bing may convert poorly on a landing page with a fabulous conversion rate for AdWords traffic.

In fact, your Bing and Google audiences may not even use the same keywords to search online for what you’re selling, so you might have entire ad groups that work well on one platform and terribly on another.

As a result, you can’t just do the same thing on Bing Ads and AdWords and expect the same results.

The key is to test your Bing Ads decisions as rigorously as you test your AdWords decisions. Don’t generalize results between platforms. Instead, test…test…test!

Even if your Bing Ads campaigns and ad groups have the same names, ad copy and keywords as their AdWords counterparts, you need to treat them like separate campaigns if you want to get good results from both platforms.

Both AdWords and Bing Ads have plenty of features you can use to control your ad spend. Setting budgets that will allow you to meet your business goals is a great way to start, but you can also use a variety of automated rules to ensure that your campaigns stay well behaved.

Finally, a good negative keyword list will keep your ads from showing to uninterested audiences and keep you from paying extra for irrelevant clicks. In our experience, most paid search accounts are wasting 76% of their ad spend on these irrelevant clicks, so this can be an incredibly powerful way to control your Bing advertising costs.

Bing advertising is a great way to expand the reach of your paid search ads. To make things even better, you can expect to spend 33-42% less on every Bing Ads click than you do on AdWords. So, if your target audience is active on Bing, Yahoo or AOL, adding Bing Ads to your advertising arsenal may be a good move.

That being said, Bing Ads is a lot like AdWords: it takes time and effort to get good results.

By the way, if you’d like some help setting up or managing your Bing advertising, let me know here or in the comments. Bing Ads is a great opportunity for many businesses and I’d love to help you make the most of it.

Have you tried Bing advertising? How did your costs compare with your AdWords costs? What differences did you notice between the two platforms? Let me know in the comments!