Your competitor’s branded terms…to bid or not to bid?

That is the question, isn’t it?

The audience is targeted, the cost-per-click is lower and—let’s be honest—who doesn’t want to stick it to their competition?

That all sounds nice, but here’s the thing, is bidding on your competitor’s branded terms really a good idea? Or is it just a good way to start a bidding war?

And, if you do start that bidding war, is it a war you can win?

Tis a dilemma, no?

Bidding On the Competition Can Be Expensive

For example, we recently worked with a B2B client who had been bidding on several competitors’ search terms for well over a year.

Unfortunately, although having their ads show up when someone searched for the competition had led to a number of leads and even sales, it had also put them in the middle of a branded terms bidding war.

Thanks to all of the competitors bidding on their brand, their cost-per-click (CPC) for their own branded terms had steadily increased over the past year.

In fact, it was getting downright expensive to bid on their own branded terms. 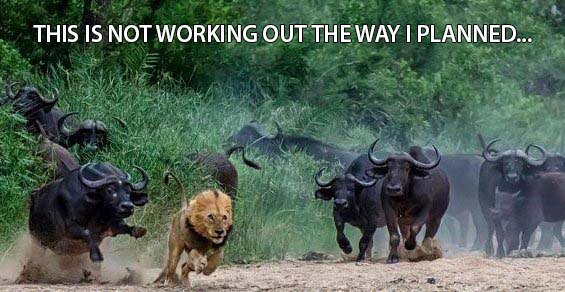 At first,we weren’t sure how their competitors would respond, but after discussing things, it became clear that the bidding war was hurting everyone.

However, once the bidding war stopped, our client’s branded term CPC dropped 86%.

More importantly, without their competitor’s ads around to distract or dissuade their potential customers, their cost-per-conversion dropped by 93%.

It took some extra time and effort to reach out to the competition, but declaring a cease fire significantly improved the performance of this client’s paid search marketing.

So, to bid or not to bid…what’s the answer? Here are 4 things to consider.

1. How Does Your Industry Feel About It?

Depending on your industry, bidding on the competition’s branded terms may be par for the course…or it may be a good way to get sued.

As a general rule, bidding on your competitors’ branded terms is viewed as a direct attack in any industry, but certain industries—especially in the legal space—get particularly defensive about their company’s brand.

If you’re not sure whether or not branded term bidding is accepted in your industry, try searching for the branded terms of a few of your competitors. If other companies are bidding on those branded terms, you’re probably safe to bid on them too.

The other thing to consider here is whether or not you want to create bad blood between you and a competitor.

Even amongst your competitors, a good reputation can be very helpful to your business and you may not want to sacrifice that just to pick up a few extra leads.

2. How Big is Your Competitor?

In general, it’s best to bid on branded terms for companies that are bigger than your company.

There’s a very simple reason for this. Bigger companies tend to have bigger names and attract more (and often better) traffic. If you’re small, you can use a bigger company’s clout to build brand awareness for your own company.

On the other hand, if you are the big dog (or at least, you’re bigger than the competitor you are considering bidding on), you probably won’t get enough benefit from bidding on the small fry to justify the cost.

Since low quality scores increase your CPC, it may be prohibitively expensive to bid on your competitor’s branded terms.

Simply bidding on a competitor’s branded term traffic doesn’t mean that your clicks and conversions will be profitable. So, as with any PPC campaign, the return needs to justify the cost.

4. Can You Handle Retaliation?

And, the more competitors you bid on, the more you can expect the CPC for your own terms to rise.

If you feel like you can afford to pay 2-5 times more per click for your branded term traffic than you currently do, then you’re probably in a good position to bid on the competition.

On the other hand, if that kind of CPC will kill your budget, it’s probably not a good idea to get into a branded terms bidding war.

Here again, branded term bidding favors smaller companies. If you don’t get many searches for your branded terms, an increase in your CPC won’t eat up much more of your budget.

But, if you get hundreds or thousands of clicks on your branded term ads, that increased CPC may be a huge drain on your account.

All that being said, there are a few sneaky ways to reduce the risk of having your competitors bid on your branded terms.

One easy way to do this is to exclude the zip codes of your competitors’ businesses from your targeting. That way, your competitors won’t see you actively bidding on their brand.

Alternatively, if you can figure out what the IP address of their business is, you can exclude that directly.

Since most companies don’t take the time to look at their competitive metrics reports, this can be a good way to bid on the competition without showing up on their radar.

However, neither of these tactics are foolproof, so it’s usually safest to assume that if you bid on a competitor’s branded terms, they’ll end up bidding on yours.

Bidding on your competition’s branded terms can be a great way to drum up business, but it can also backfire badly.

Depending on your business’s situation, your industry and the relative size of the competition, it may or may not be worth your time and money to bid on the competition.

If you happen to already be bidding on your competitors’ branded terms and you want out, often the easiest option is simply to get on the phone and ask for a cease fire. Most of the time, they are just as happy to get out of a bidding war as you are.

By the way, if you’d like me to take a look at your campaigns and help you decide if bidding on your competitor’s branded terms is worth it, let me know here or in the comments. I’d love to help.

When do you think bidding on the competition’s branded terms is a good idea? When is it a bad idea?

Jake is the founder and CEO of Disruptive Advertising. An entrepreneur at heart, Jake is a relationship-first kinda guy that loves learning from other people's life experiences. He actively works to create an environment where people feel seen, heard, and challenged to take that next big step on their life journey. When he's not juggling his many roles within Disruptive, you'll find him putting in a lot of miles on the bike or running and spending time with his wife Teresa, and their four children.

Jake is the founder and CEO of Disruptive Advertising. An entrepreneur at heart, Jake is a relationship-first kinda guy that loves learning from other people's life experiences. He actively works to create an environment where people feel seen, heard, and challenged to take that next big step on their life journey. When he's not juggling his many roles within Disruptive, you'll find him putting in a lot of miles on the bike or running and spending time with his wife Teresa, and their four children.